Often furniture we already have or that we can purchase inexpensively 2nd hand can be used in different ways.  We can save lots of money by seeing things not as they are, but as they could be. Genreally speaking, the key is to pay attention to line, shape, and form, and not allow things like colour and texture, which can easily be changed throw us off.

When I first met with my client about her large, open-concept basement, she considered the furniture that she already had to be little more than junk.  It was purchased inexpensively at a garage sale, or had been passed down to her, and had endured several years of abuse from her children.  Certainly in it's present condition, it was not very appealing. 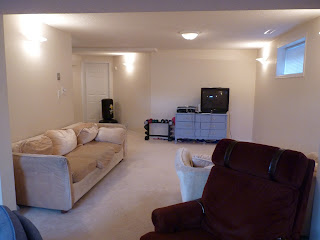 My client wanted to save as much money as possible transforming her basement and was willing to take some risks with her old furniture to see if it could be re-used in different ways.  With that in mind, we went to work!

The easiest transformations were with these two pieces of furniture that she already had: 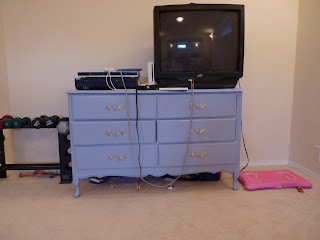 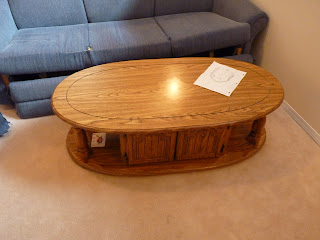 By simply painting them both black, and giving each a distinct purpose we made them look like they belonged together in the same space: 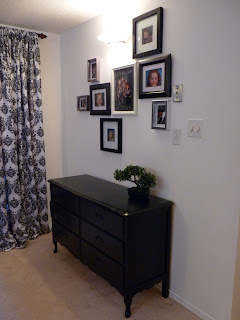 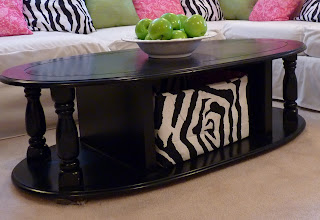 Next came a couple of wing-backed chairs, purchased inexpensively at a 2nd-hand store.  Sure the colours were all wrong, but the shapes and lines were perfect! 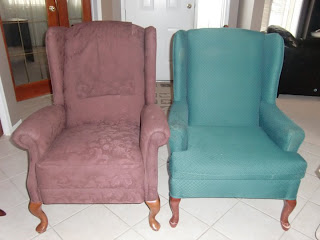 We went to work re-upholstering them in a fabric of my client's choosing and came out with a matching set, 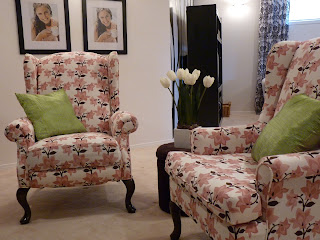 transforming what was formerly an awkward to use waste of space: 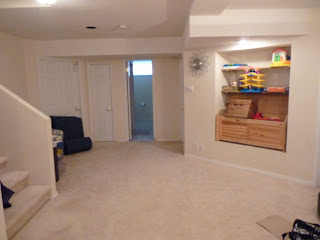 into a great new reading area: 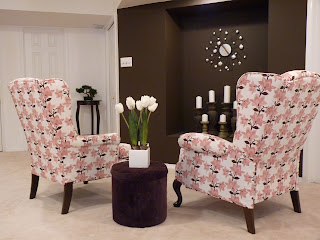 The most ambitious challenge we took on was transforming my client's old, worn couch and loveseat into a sectional couch as called for by the design:

What made this possible was the straight lines, rectangular shape, block-like forms, and sturdy frames of these particular pieces of furniture: 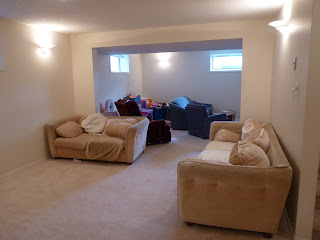 We simply peeled back the fabric and foam from the left arm of the love seat: 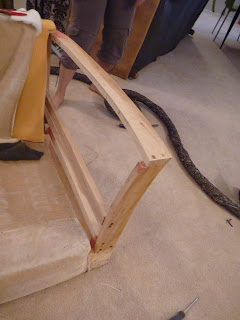 and removed the wood frame of the arm, leaving the rest of the love-seat's frame intact: 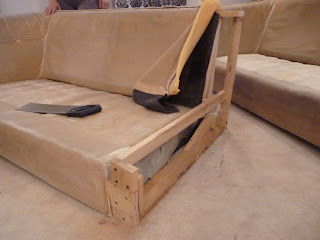 Then we simply moved the two pieces together in the correct formation: 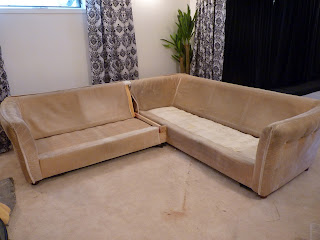 The design called for several small and colourful throw pillows to be placed on the couch. My client decided that she wanted to replace the furniture's existing back pillows with a solid back padding piece cut from an inexpensive foam mattress, thus cutting down on the number of loose pillows to arrange. 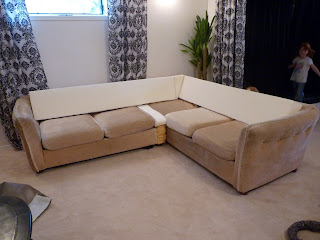 If we were to re-upholster this new formation, it would look like a brand new couch - however my client opted to go with a slip-cover which could be easily removed, washed, and replaced - a way to make a white couch a little more practical with 4 kids!  She went to work and sewed it herself! 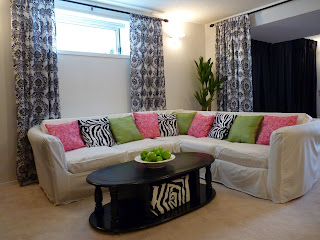 My client was able to save thousands of dollars just by being willing to think outside of the box and use old furniture in new ways! 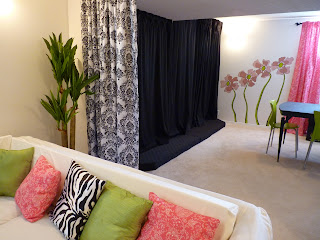 Posted by Abby Metz at 8:58 AM
Email ThisBlogThis!Share to TwitterShare to FacebookShare to Pinterest 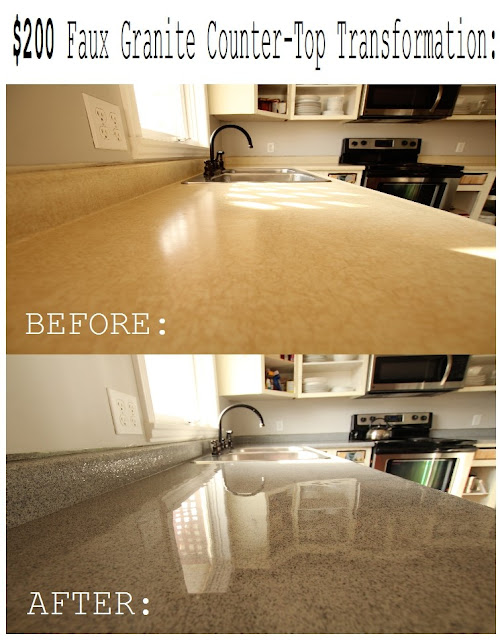